Since 2012, the Sports Medicine Specialist Program has set a resident admission capacity of 10 people through the acceptance of new intake in odd semesters for each academic year.

Admission tests are conducted around April each year, which will be carried out through a tiered selection starting with SIMAK UI which consists of TPA (Academic Potential Test) and English Proficiency. Prospective students who pass SIMAK UI, namely TOEFL score should be above 500) will undergo the next stage of selection consisting of MMPI and MMI interview tests. Until now, the residents accepted come from the medical faculties of public and private universities from various regions in Indonesia and abroad.

Accepted candidates will start the program on July. 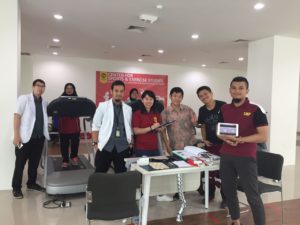