Every now and then mere mortals tend to think we are some old guys with irresponsible attitude. They would think that we are the one that doing day to day job. They would felt a giant walls when trying to communicate.

We are even depicted as evil grand immortals that grinding from darkness, as one of Blizzard personnel said out of fear:[1]

How could you kill a man without no life?

With the instilled fear, we are often subjected to fear. It took courtesy to be human-like from us. People used to think we are demi-gods. Through this article I would assess every myth that made us looks like a feared, untouched being.

We are working as we sleep 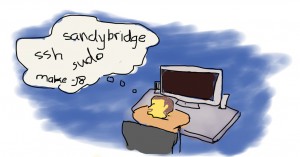 Admin works as we dreaming

Imagine if we took down some proxies and upgrade them in, let’s say,  12 o’clock. You, facebookers, would spit us in the face. I imagine if we took down a machine or two where mortals awaken. They would scream and begged, “O, great admins, thou presence is thy grace. Out of angst instill our hope in thy.”

We took time in the night to have jobs done. That’s why you would often have a mislead into thinking that we don’t rest. That we don’t have a dream. That we are engulfed with our world and severe our mortal bodies. Often we are thought as beings that works at daylight and a nocturnal also. Some said that we are “manusia siang-malam”.

That fear also happens when mere mortals often mail us at two o’clock in the morning and hope for their response. They get what they want. And that’s frightening for some, because they would in awe of the awesomeness of our response. In that fear, they would say that we are not a normal being because we don’t sleep.

That’s a false. We too have a place to sleep. We too took our time to close our eyes. To have dreams and enjoy ourselves in it. 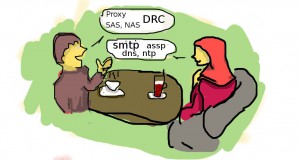 We also take pride in blend in. Like Dexter father used to say in Session 1, “Dexter, you’ve got to blend in.” We too blend in in the society. We are a group of diverse people, with multi cultural and gender. We don’t discriminate though the fact that we are über being born with great power.

There are times when mortals would seek audience with us and take our name as “Pak”, “Mas”, or any specific label toward men. Though we are one, there are many in us. We took form also in women. So, addressing gender specific to us is a prejudice you, mere mortals, tend to do.

You see, we too take our time hanging around in coffee shop. Took time to know mere beings and seeing their frailty. We also helped through the hands of Faculty admins. We spoke each other casually like other beings.

We too have affection 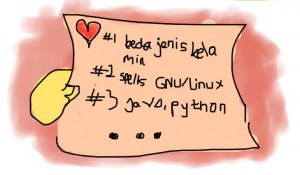 We too have affection towards other. Like mere mortals, we have criterion for our mates. We too don’t want bad apple. Could you spend the rest of your life with someone who totally incompatible?

No, just like you, mere mortals, we take decision carefully. We have our enjoyment of having the right person. Our time is unlimited, as we are deemed to have no lives; how could you be dead if no lives in you?

We have our ideal person 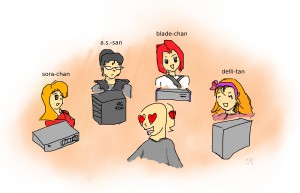 We too have love

That’s why we too have our type of someone we like. Like a saying, “there is a fetish for every part of body,” we have many ideal person as our companion. We don’t discriminate, as long as the person reliable and scalable, we don’t see any preference.

I guess because of the experience from long ago that some of us may want to have a specific person. But, that’s personal as we are one, we are also diverse.

We have loves, we have criterion, we are tolerable, and we too have time to sleep. Thus, we, Admin UI, are normal.