Post-flood diseases are a number of diseases that see an increased incidence following flooding. In general, they can be categorized into three groups based on their distribution, namely food- and water-borne, mosquito-borne and rat-borne diseases. A range of diseases can occur and are classified into the three following groups:

Food- and water-borne disease or fecal-oral transmitted disease includes a number of infections such as cholera, dysentery, rotavirus and typhoid fever. Patients who have a gastrointestinal infection may experience vomiting and diarrhea (stomach flu) or bloody stools. Such an outbreak of diarrhea occurred during the Jakarta floods in 2007.

Mosquito-borne disease or a disease spread by a vector or carrier includes dengue hemorrhagic fever (DHF), which is transmitted through the bite of Aedes aegypti mosquitoes. During the great 2007 flood, Jakarta experienced an outbreak of DHF. With floodwaters covering more than half its surface area, Jakarta became paralyzed.

Rat-borne disease, or that transmitted through rats, is another common occurrence after flooding. One of the rodent-borne diseases that can occur is leptospirosis, which is carried and spread through the urine and stool of rats in floodwater.

If someone has an open wound on their hands or feet, or oral mucus, the water that has been contaminated by rat urine containing leptospirosis can cause the transmission of the infection.

Patients with leptospirosis show symptoms of sudden high fever, headaches, nausea, vomiting, fatigue, muscle pains, especially in the calf area, red eyes and a yellowing of the whites of the eyes and skin.

Their urine also becomes a dark color, like tea. At a glance, these patients show similar signs to those suffering from hepatitis. Leptospirosis is a very serious disease and if it continues to occur, it can result in numerous complications such as kidney damage and inflammation of the pancreas, liver, lungs and brain.

Health problems caused by floods occur primarily due to the host, the environment and agents.

The first regards the massive evacuations of residents, with the risk of inadequate cleanliness and insufficient food and water for the evacuees, which will affect their immune responses. Moreover, most evacuees sleep on the floor with inappropriate bedding. Such conditions increase their vulnerability to post-flood diseases. Bad weather may also reduce one’s immune response although he/she may not be directly affected by the flood.

The second, environmental factor that may aggravate the situation for evacuees is the continuous rainfall and strong winds to which infants and the elderly are particularly vulnerable. Not to mention the polluted environment around the floods with piles of garbage everywhere.

The third is bacterial factors, the disease agents commonly found during flood disasters, including flies, rats, bacteria and dirt, causing the pollution of clean water.

Some measures should be taken immediately to overcome post-flood diseases. First, ensure you always eat and drink hygienic food and liquids. Pay attention to the expiration date on food items, both ready-to-eat meals and meals that you cook yourself. Try always to consume fresh food. Wash your hands using soap or antiseptic gel to prevent gastrointestinal infections.

Next, keep the environment clean and tidy up the location after a flood has passed by using antiseptic liquid, and put extra emphasis on protective clothing for anyone who cleans up the dirt after floods.

Protective clothing may include masks, gloves and boots. Avoid causing wounds that could be entry points for microorganisms.

For children and the elderly, provide them with multivitamin and mineral supplements if their diet is incomplete in nutrition, especially if their houses and environment are hit by floods. There should also be a stock of basic medicines, such as those for fever, diarrhea and headaches, as well as electrolyte solution (oralitTM).

Of course, the goal of all of these measures is to prevent any of us from succumbing to post-flood diseases, which can occur at anytime. Stay healthy!

The writer, a medical practitioner, chairs the Jakarta chapter of the Indonesian Society of Internal Medicine (PAPDI Jaya) and teaches at the department of internal medicine at the Faculty of Medicine, University of Indonesia/Cipto Mangunkusumo Hospital in Jakarta. 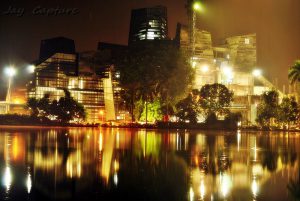 * Posts will open in new window