In the last 6 months, I have lived in Singkawang, Pontianak, Kupang and Atambua. I worked on the project for 6 months and working on the theme of ‘The West from the view of Chinese Diaspora: Entrepreneurship in Indonesia’, within the umbrella of Beyond Occidentalism, under Prof. Sabine Dabringhaus supervision. The main research question is how the position of Chinese-Indonesians in colonial times influences the contemporary attitude of ethnic Chinese towards the West (and towards China/the global world)?

As Lee (1987:27) mentioned good rapport established in the initial stages of fieldwork between the ethnographer and the people s/he is intruding into, is crucial in ensuring the objectivity of the data collected. The trust and acceptance in the field shown by the informants/subjects to the ethnographer, will to a large extent avoid a certain degree of caginess where the may not fully reveal their lives.

The procedure assumed in this work are very much determined by the relationship that I have with the society of which I am not member of the community. Conducting ethnography work as an ‘outsider’ may seem difficult. Nevertheless, it involves the normal procedure of fieldwork: observing, interviewing, participating in certain activities of the society, and more importantly evaluating one’s perceptions against the institutions of one fellow informants/subjects for objectivity.

As an outsider, I am not very well versed with the language ‘Chinese dialect’ itself, its pattern of usage (different from Mandarin’s), as well as the cultural practices of the society studied. And I still find it extremely important to check hypotheses developed on the basis of my own perceptions with the perceptions of the informants. As an outsider also, it is not easy for me to detect the ‘extent’ of information provided by the informants.

One aspect of this study is based on my observations and knowledge, and also ethnographic interviews as well as audio recording of conversations in natural context, I am, as a matter of fact, engaged in an interpretive act while looking at and attempting to make sense of, and generalizing about categories of the various form of life and cultural behaviour of the society under investigation.

I realize, as a researcher conducting ethnography not in my own society, this study is not free from my values and viewpoints. My social/cultural background influences the way I conduct the study and also analyze the findings. I believe, in other word, it is not ruled out the possibility of  my cultural biases and perceptions may find their way into this study. 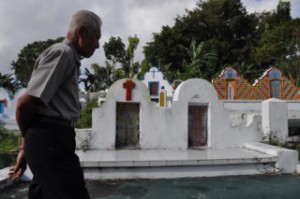